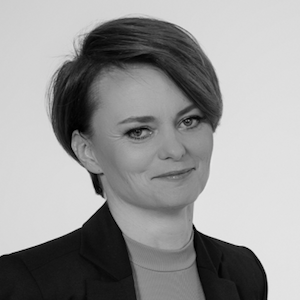 Sejm of the Republic of Poland

Sejm of the Republic of Poland

Jadwiga Emilewicz was born on 27 August 1974 in Kraków, daughter of Antoni and Zdzisława Szyler. In 1993, she graduated with honours from King Jan III Sobieski Secondary School in Kraków.
She graduated from Jagiellonian University, where in October 2011 she opened a doctoral thesis devoted to the analysis of politics and power on the example of the local government reform in 1998. Her interest in local government resulted in a publication written together with Artur Wołek – Reformers and politicians. Game for political reform of 1998 seen through the eyes of its actors. She completed postgraduate studies at Oxford University and was awarded a scholarship.

In the late 1990s, she cooperated with many social initiatives, such as the Tertio Millenio Institute, the Centre for Political Thought, and the Jagiellonian Club. She is also a co-founder of the Pressje quarterly magazine.
Since 2003, she has been a lecturer at the Father Józef Tischner European University.
In 2009, she undertook the mission to create the first museum in Krakow devoted to Poland's recent history – the communist era.

Between 1999 and 2002, she worked in the Department of Foreign Affairs at the Chancellery of the Prime Minister, during the tenure of Prime Minister Jerzy Buzek. In 2014 she was elected to the Sejmik of the Małopolska Voivodeship, where she became a member of the Commission for Innovation and New Technologies, the Commission for Culture and the Commission for Regional Development, Promotion and Cooperation with Foreign Countries.
On 27 November 2015 she was appointed Undersecretary of State in the Ministry of Development.

From 9 January 2018 to 15 November 2019 Jadwiga Emilewicz served as Minister of Entrepreneurship and Technology in Mateusz Morawiecki's government.
In the 2019 parliamentary elections, she won an MP mandate, running in the Poznań constituency as a member of the Porozumienie party from the Law and Justice list.
From 15 November 2019 to 6 October 2020, she served as Minister of Development in Mateusz Morawiecki's second cabinet.
From April to September 2020, she additionally held the office of Vice President of the Council of Ministers.

Currently, Jadwiga Emilewicz, as a member of the Sejm of the 9th term, is a member of the Committee on Economy and Development and the Committee on Health, as well as the chairperson of the Parliamentary Group on Zero-Emission Economy and the European Green Deal. At the same time, she actively participates in local and national social initiatives.