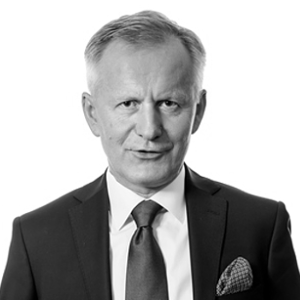 Chairman of the Supervisory Board of Selena FM S.A. Krzysztof Domarecki graduated from the Law Faculty at the Wrocław University. Around the end of 1980s and beginning of 1990s, with his friends from the Wrocław Technical University, he founded his first company Technimeks, dealing in computers among others. From Technimeks, five companies were established up in 1992. Selena was one of them. Right from the beginning, Krzysztof Domarecki led the company, being in charge of business and product offering development. Currently, the Selena Group sells its products in more than 70 countries, also through own trading companies located in 18 countries. The Group comprises 30 companies, including modern production plants in Poland, Brazil, South Korea, China, Romania, Turkey and Spain.
In 2007, Krzysztof Domarecki became Management Board President of Selena F.M. For his activities Krzysztof Domarecki was awarded in the “Entrepreneur of the Year” competition organised by Ernst & Young in the “Corporate Social Responsibility” category.