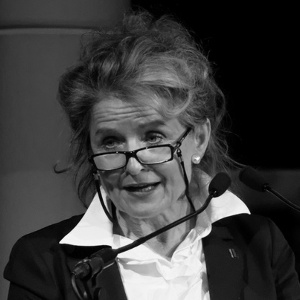 Chevalier in France’s National Order of Merit, Chevalier of France’s Legion of Honnor, Malgorzata TKATCHENKO was graduated from the Ecole Polytechnique of Warsaw. At the end of 1970s, she joined the CEA (Atomic Energy and Alternative Energies Commission) where she will occupy several functions and responsible jobs. First she was Head of Division at the Direction of the Physical Sciences, and then she became Head of a Department within the Direction of the Technological Research. Then she was called to the CEA’s Direction of the Life Sciences and appointed as a Head of the Institute for Biomedical Imaging, of which the platforms for intense fields imaging are devoted to the research in the neuro-degenerative diseases and the understanding of the functioning of the brain. In 2009 she served as the Director of the CEA /Fontenay-aux-Roses center. Her impetus caused this research center to evolve from its former activity, the cradle of French nuclear energy, to the development of research in life sciences. Then in 2014 she was appointed Head of Scientific Division at the Direction of the Technological Research. Besides her responsibilities, she was a member of several national and international Committees and Juries in charge of the evaluation and orientation of the fundamental and applied research.