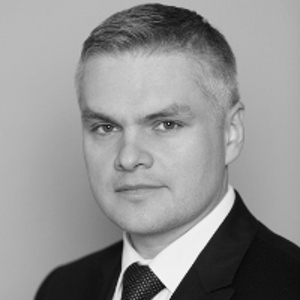 Marcin Mrowiec graduated (with outstanding note for one best final theses) from Krakow University of Economics. He started his professional career in year 2000 in International Markets Research Department of Munich-based Bayerische HypoVereinsbank (HVB), then worked as an economist and senior economist at Bank BPH. From 2008 he is the Chief Economist of Bank Pekao SA, leading a team of researchers focusing on macroeconomic, financial markets’ and sectoral analyses. He was many times awarded for best macro and market forecasts, both personally and together with his team. In late 2016 he defended his PhD thesis, and the book that he wrote based on this thesis – “Austrian School of Economics. How it can help explain stagnation of the Japanese economy”- was nominated to Economicus 2018 Prize, as one of the ten best economic books written by a Polish author in the preceding year.