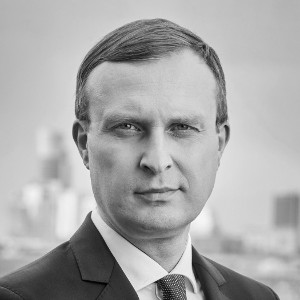 Pawel Borys is the Chief Executive Officer, President and Chairman of the Management Board at Polski Fundusz Rozwoju S.A. From 2001 to 2005, Mr. Borys acted as Financial Analyst and Manager of Share Investment funds in DWS Polska TFI S.A. and Deutsche Asset Management S.A. from the Deutsche Bank Group. Before 2001 employed as Financial Analyst in Erste Bank, where he was responsible for the analysis and valuation of companies, first public offers and economic analyses. In 2002 expert in McKinsey & Company within the "Success Plan" project, covering supervision and advising in forming the strategy and business plan for chosen companies. He was Investment Manager since August 2005 and Vice President of the AKJ Capital S.A. Board since February 2007, responsible for capital investments from different sectors of economy. He has been Chairman of Supervisory Board at Bank Gospodarstwa Krajowego since January 9. 2016. Mr. Borys served as the Chairman of Supervisory Board of Pekaes SA since June 4, 2007 and served as its Vice Chairman of Supervisory Board.e until March 16, 2011. He is a graduate of the Warsaw School of Economics, major in Finances and Banking, specialization in International Financial Markets.