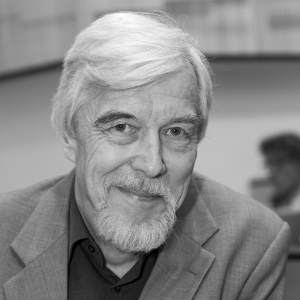 Rolf-Dieter Heuer studied physics at the University of Stuttgart, then obtained his doctorate at the University of Heidelberg. From 1978 to 1983 he was a research physicist at the University of Heidelberg, working on the PETRA electron-positron storage ring as a member of the JADE collaboration. From 1984 to 1998 he was a staff member at CERN, working for the OPAL collaboration at the Large Electron Positron collider (LEP). From 1994 he was the collaboration’s spokesman. Much of his career has been involved with the construction and operation of large particle detector systems for studying electron-positron collisions. On leaving CERN in 1998, he took up a professorship at the University of Hamburg, where he established a group working on preparations for experiments at a possible future electron-positron linear collider. On taking up his appointment as research director for particle and astroparticle physics at DESY in 2004, Heuer was responsible for research at the HERA accelerator, DESY’s participation in the LHC and R&D for a future electron-positron collider. He replaced Robert Aymar as Director-General of CERN in January 2009 and was replaced in 2015. Since 2016 he has been the President of the Deutsche Physikalische Gesellschaft.