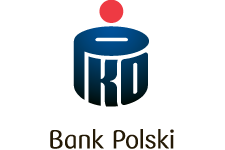 During twenty years of work on the financial market, he was responsible, among others, behind:

– conducting PKO Bank Polski SA successfully through the period of crisis turmoil on international financial markets, while strengthening the Bank's position as a leader in terms of the size of assets, capital and generated profit in Poland and the region of Central and Eastern Europe,
– preparation and implementation of the strategy of PKO Bank Polski SA for 2010-2012 and 2013-2015, which resulted in a significant increase in assets and business efficiency, as well as increased interest in the company on the part of domestic and foreign investors,
– adjusting PKO Bank Polski SA to the requirements of an increasingly competitive financial market by making the product offer more attractive and improving the quality of customer service,
– reformulating the operating model of the PKO Bank Polski SA Group towards focusing on the core activities related to the provision of financial services,

Actively involved in the development and promotion of high standards of the financial market in Poland. A member of the Council of the Polish Bank Association and the prestigious Institut International D'Etudes Bancaires organization associating the international banking community. Previously, he was, among others the function of the Chairman of the Council of the Chamber of Fund and Asset Managers.

A graduate of the Faculty of Computer Science and Management at the Wrocław University of Technology. He also completed Postgraduate Management Studies conducted by the Gdańsk Foundation for Management Development and the University of Gdańsk, where he obtained the Executive MBA title certified by the Rotterdam School of Management, Erasmus University.

Decorated by the President of the Republic of Poland with the Officer's Cross of the Order of Polonia Restituta and honored with the Medal of Social Solidarity for promoting the idea of ​​corporate social responsibility. He was the Chairman of the Program Council of the PKO Bank Polski SA Foundation, which was established in 2010 on his initiative.

Winner of numerous awards and distinctions. Elected President of the Year 2011 by Gazeta Giełdy Parkiet. Winner of Super Vector 2011 and 2018 awarded by the Chapter of Employers of the Republic of Poland and the Golden Banker in the Personality of the Year 2011 category. Recognized three times as the Banking Manager of the Year (2011, 2014 and 2016) in the Gazeta Bankowa competition. Bloomberg Businessweek Polska in 2012, 2014 and 2015 included him among the TOP 20 Best Managers in the Polish Economy. Miesięcznik Finansowy Bank honored him with the special prize of Banking Sector Innovator 2012. He also received the titles of Brief – Man of the Year 2013 and Dziennik Gazeta Prawna – Wizjoner 2013. In 2014 he was awarded by Gazeta Finansowa as one of the "25 Most Valuable Managers of the World of Finance". In 2015, he was awarded a medal by the Polish Chamber of Commerce for supporting the development of economic self-government and entrepreneurship, and by the Foundation for the Development of Cashless Transactions with the eDukat statuette for the vision of the development of non-cash payments and effective coalition building for the mobile payment standard. The industry website Mediarun.com recognized him as the most pro-marketing president, and the Responsible Business Awards chapter awarded him the title of Outstanding CEO Philanthropist. In 2017, he was awarded the Lesław A. Paga Award for his contribution to the development of the Polish economy and promotion of high standards of the financial market in Poland. In 2019, he was recognized as the Person of the Year in the Golden Laurel of "Super Business" competition, the Visionary of Finance in the "Banking and Insurance Leaders" competition, awarded by the Gazeta Giełdy "Parkiet" with the Bykii Niedźwiedzie award, elected the most valuable president among the heads of listed companies in a ranking published by " Republic".